Another Bowl Patrol regular is a white racist rapper who goes by the alias “Wignasty” and has frequently collaborated with the likes of Benjamin “Cheddar Mane” Lambert and Thomas “Hardmous” Gipson in racist musical compositions. 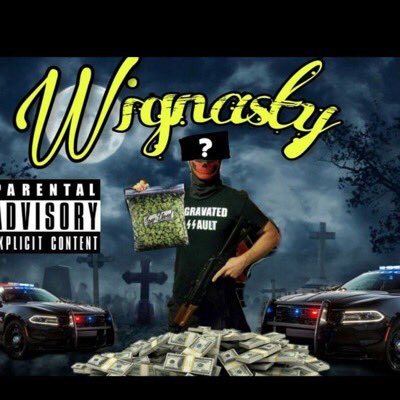 “Wignasty’s” tracks are primarily racist in nature, but occasionally also target others within their circle of racist associates, such as “Astrology Nazi” Amber Ciarolla aka “Morrigan Carrick” of Modesto, California in the Wignasty/Harmous joint “Openbite Mama,” or in tracks against Christopher “Crying Nazi” Cantwell, with whom the Bowl Patrol have a running feud.

In recent months “Wignasty” has found himself embroiled Nazi Telegram messenger drama as he was apparently doxed in retaliation for an unclear transgression. By the time we were aware of this his dox had been deleted from Telegram, but it doesn’t matter since we figured out who he is anyway.

During his time on Telegram, “Wignasty” had dropped numerous nuggets of personally identifying information in casual conversation, notably that he was located in the Eastern Standard Time zone portion of Kentucky. He also enjoyed showing pics of previous vehicles he had owned. In this conversation in a public Telegram chat “Wignasty” (posting under a slightly different name) posted photos he found going through an old hard drive of his.

In these photos several feature his dog.

We also learn that “Wignasty” is divorced:

We at the Anonymous Comrades Collective have long memories, however, and recalled a prolific poster on the Discord leaks collected by Unicorn Riot who went by the name “fassel.” “fassel” had generously provided his real name in one of the posts.

This is corroborated by a now-defunct website that is still available for viewing on archive.org that exposed members of the Traditionalist Worker Party (TWP).

He also enjoyed posting many photos of himself, … 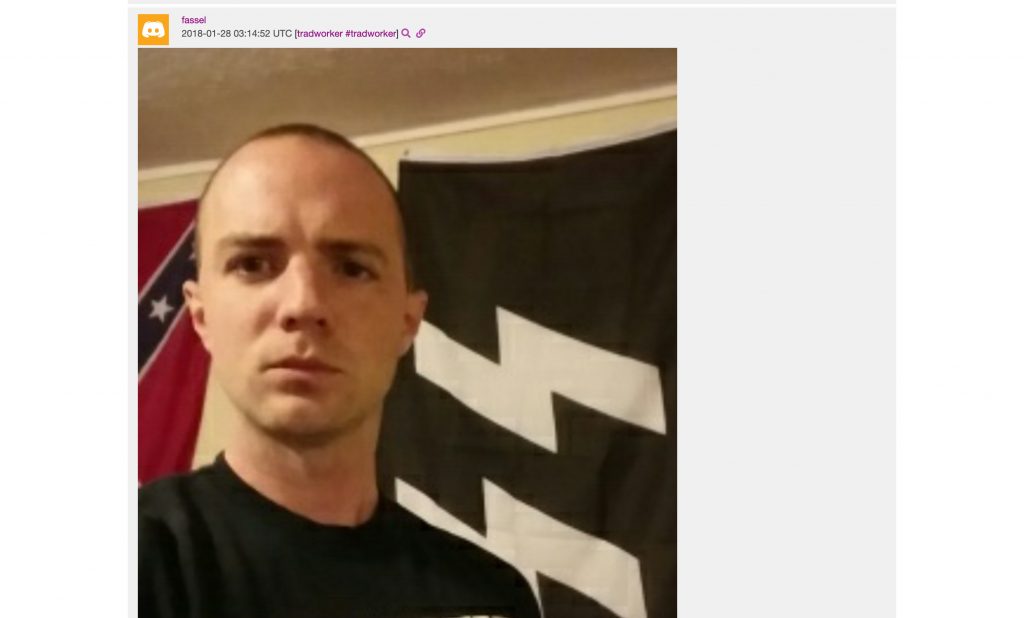 …some of which feature elements we have come to be familiar with. 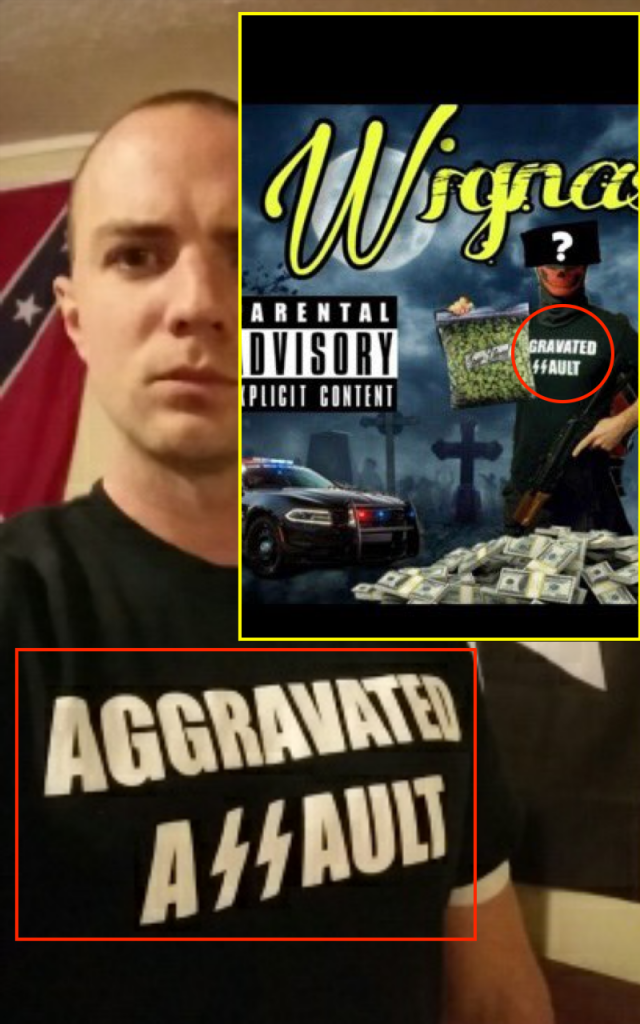 “fassel” posted a photo of his driver’s license indicating that he was a resident of Kentucky: 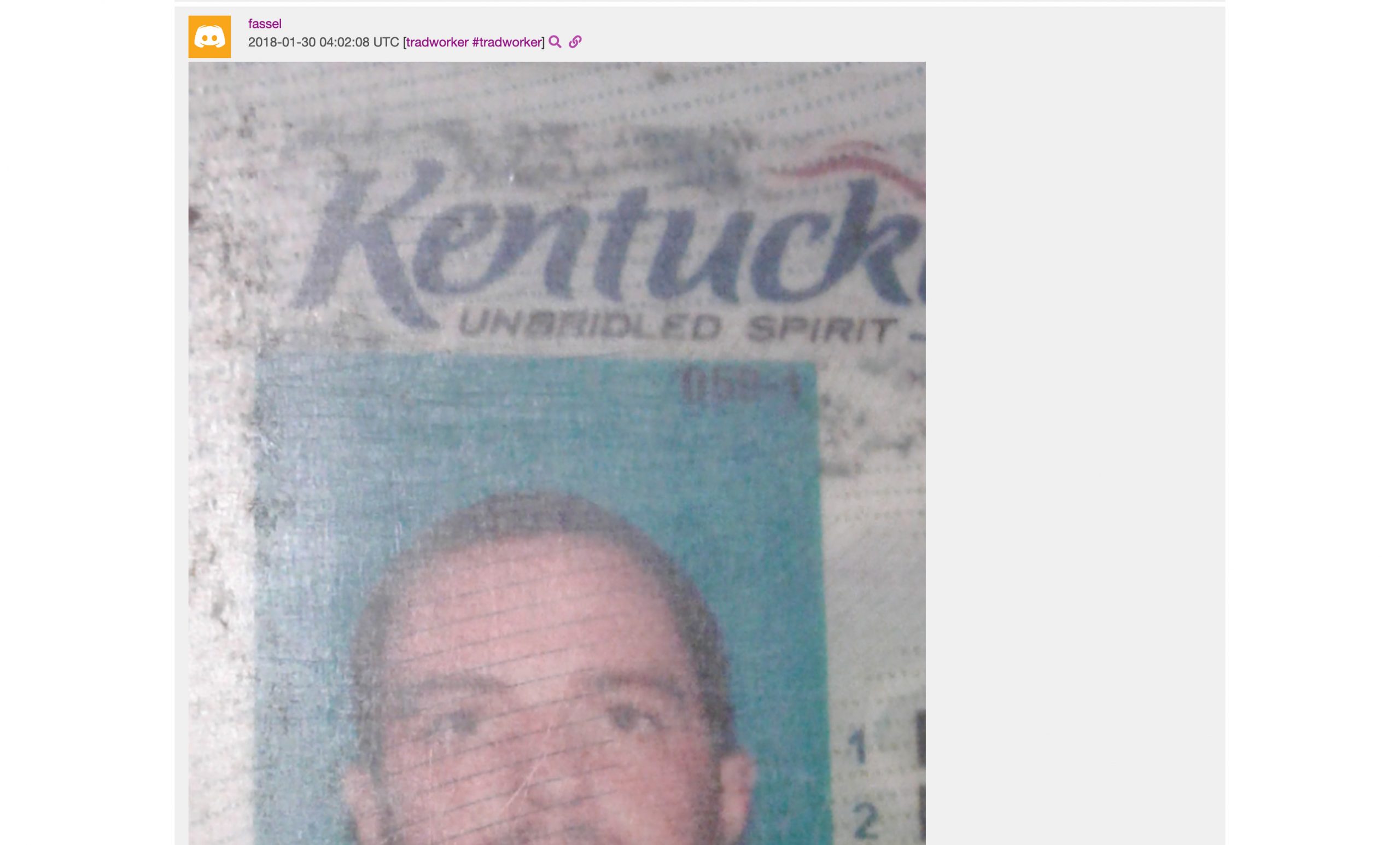 “fassel” also liked to post pics of his dog… 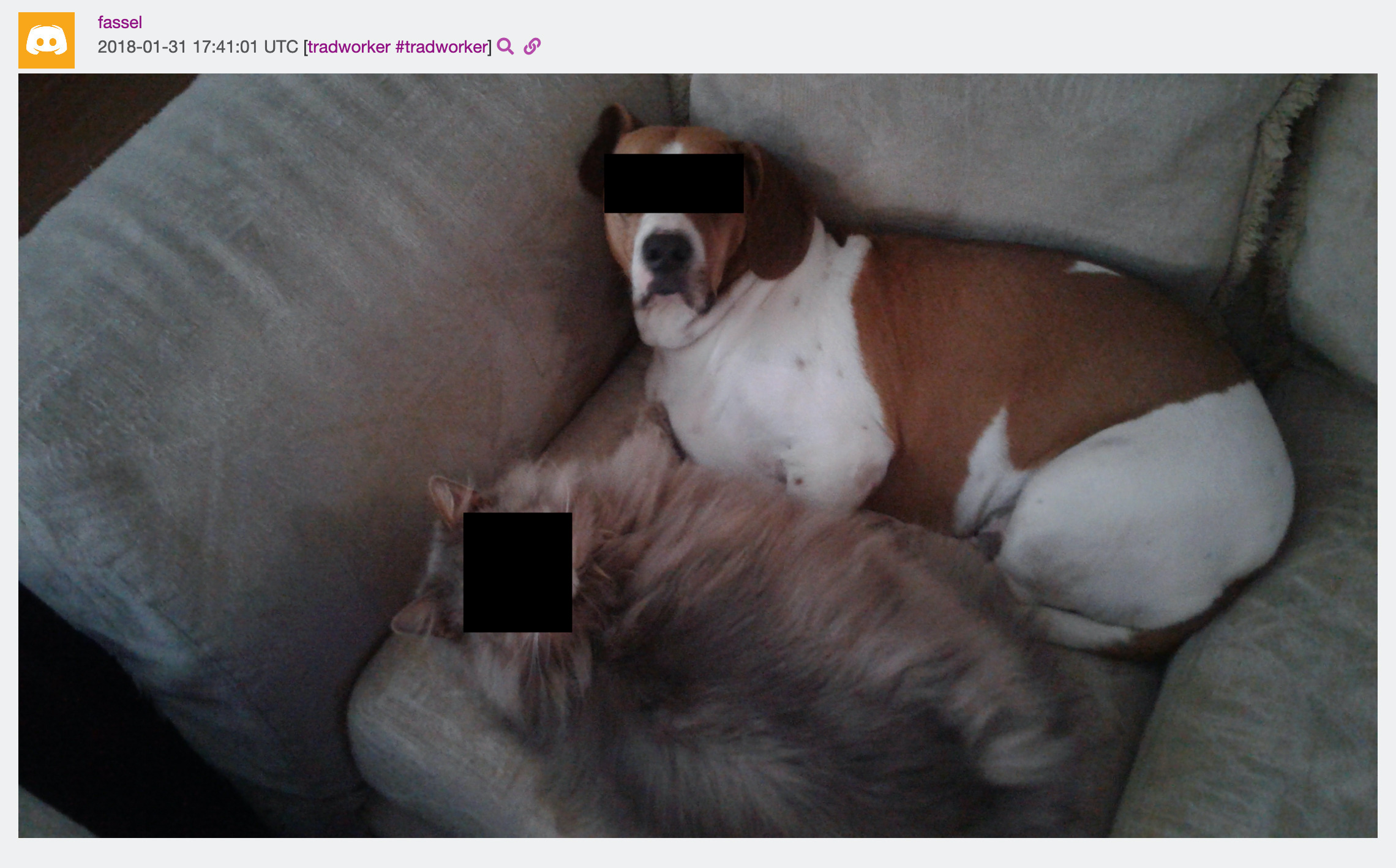 …which bears a striking resemblance to the dog that “Wignasty” posted in the Telegram messenger chat.

We can reasonably conclude that both “Wignasty” and “fassel” are David Fassler of Covington, Kentucky, by way of Cincinnati. 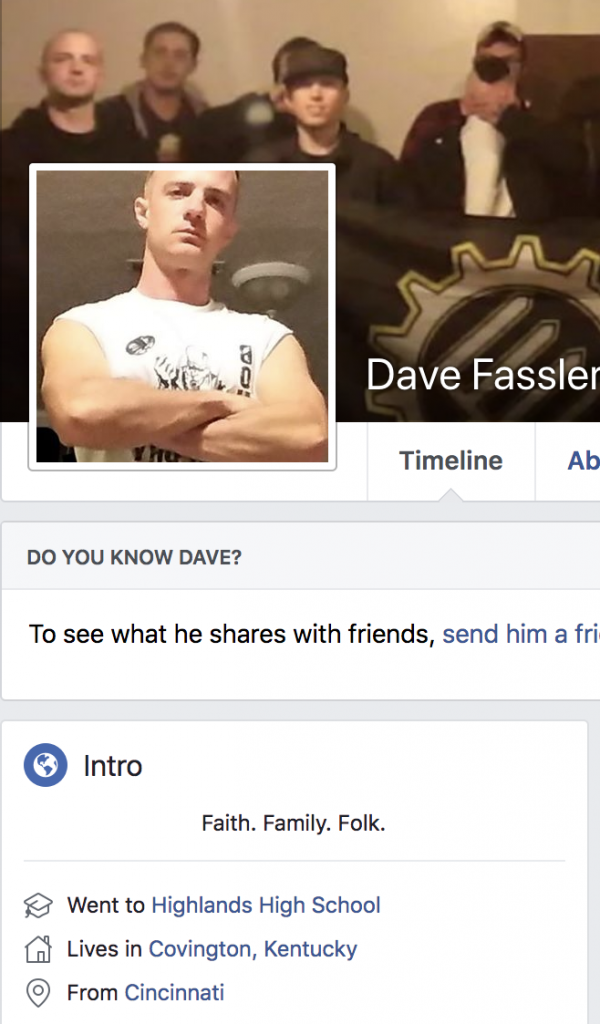 Fassler was also fond of posting photos of his weapons on Discord which, in light of his violent racist ideology, is concerning. 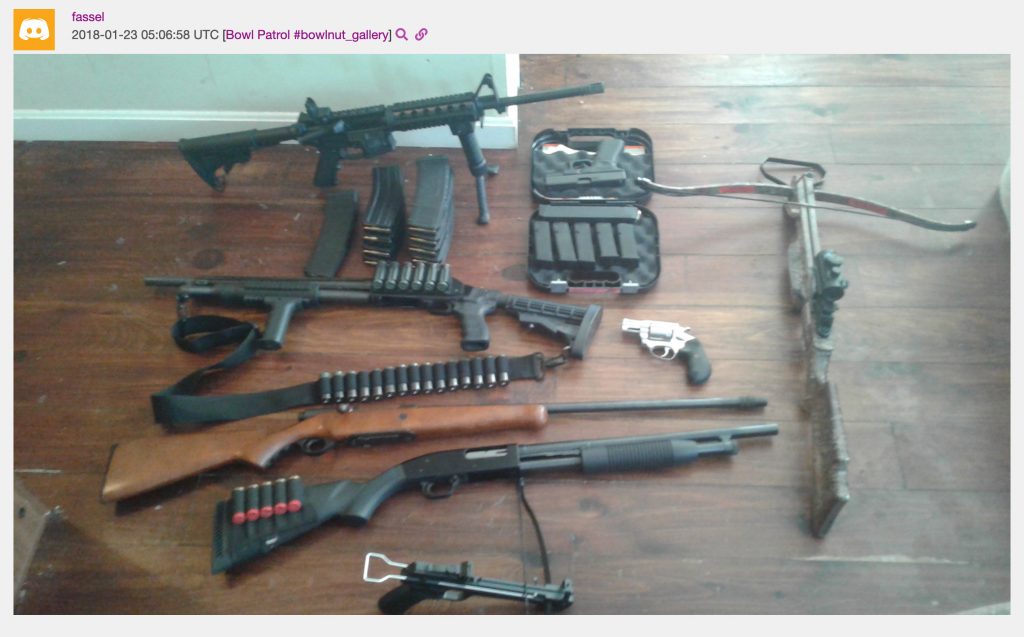 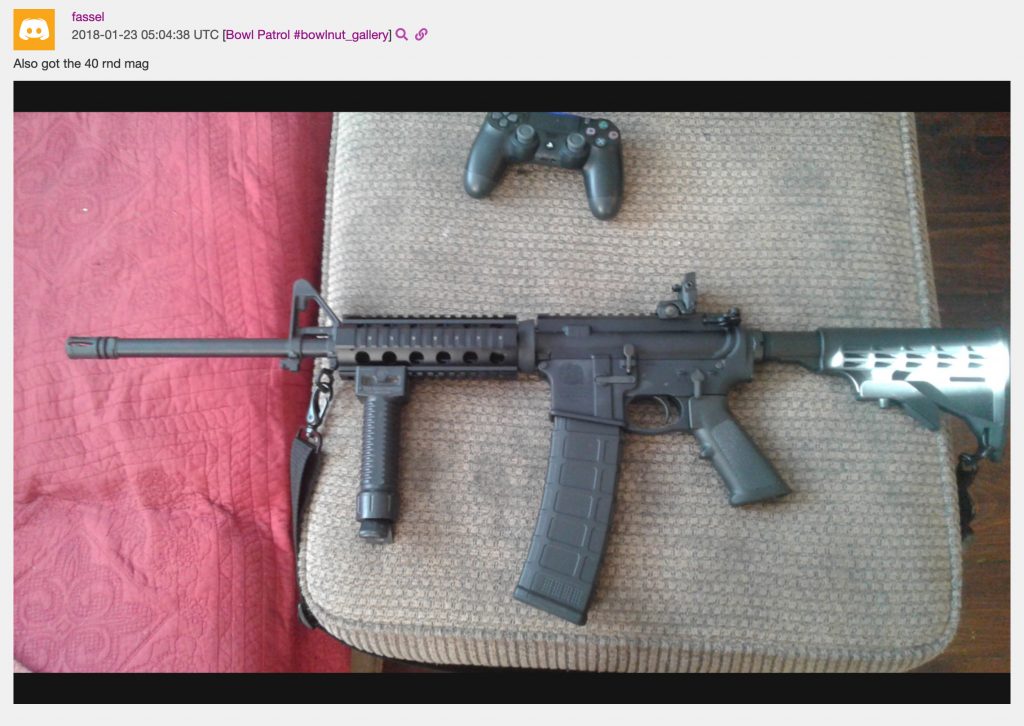 Fassler has recently expressed some disillusionment regarding racist movements, as expressed in this public Telegram chat with fellow Bowl Patrol participant “Mosin-Nagant,” otherwise known as Dallas Medina of Ravenna, Ohio: 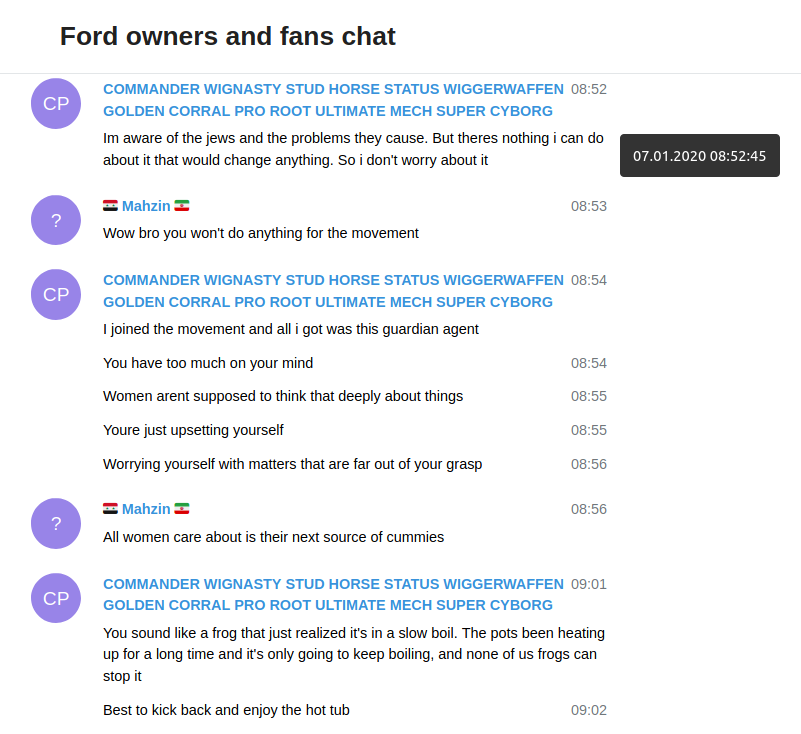 Nevertheless, this despondency doesn’t erase his existing racism or negate his active racism in the past. With consideration to the collection of weapons available to him and his violent racist ideology we feel that he is still a danger to our communities. 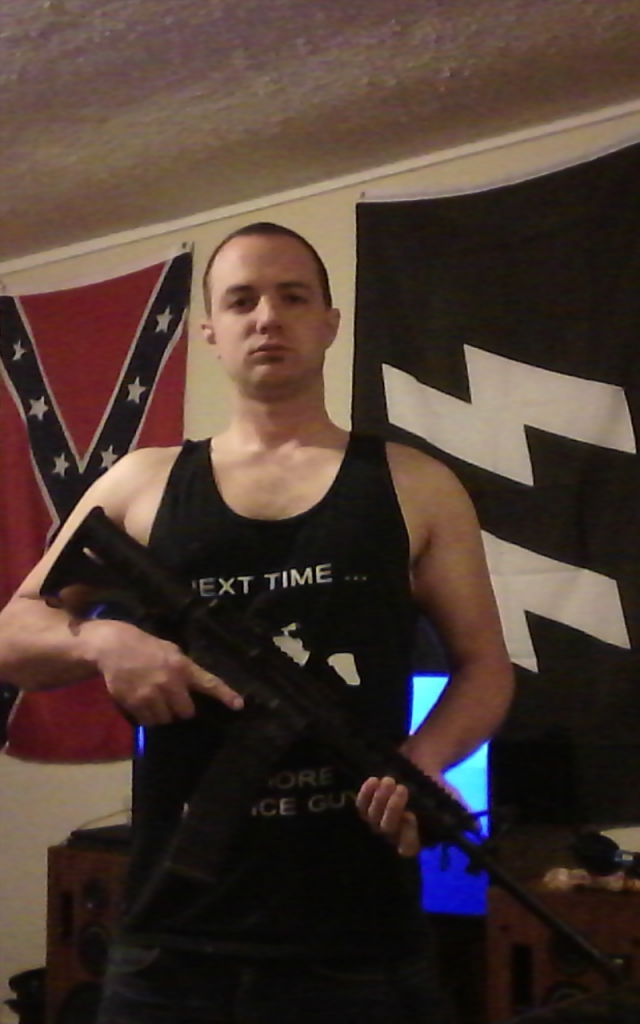 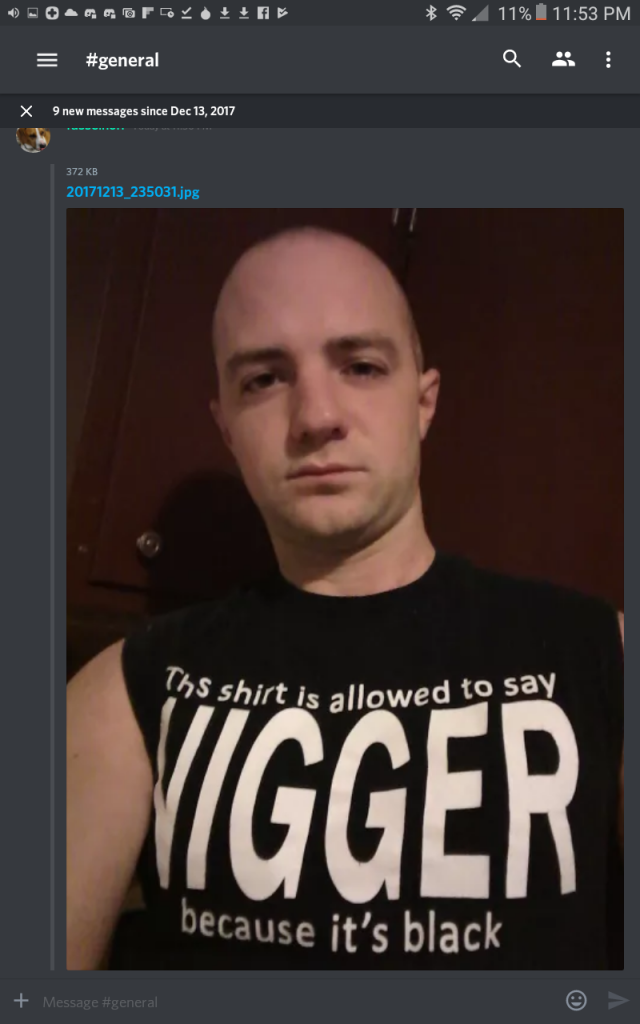