In today’s report we would like to present this concise profile on a Pennsylvanian neo-Nazi who runs a fledgling social media website that caters to neo-Nazis, fascists, antisemites and admirers of Adolf Hitler. Allow us to introduce:

Perry Maholland Jr’s adoration of Adolf Hitler and Nazis is hardly a secret. His social media posts make it obvious that he is not shy about showing his face and name along with his disturbing convictions. After all, his username on the right-wing social network site Gab is “@ihatejews“:

Maholland also has a conspicuous presence on the the question/answer site Quora where the topics he covers are of a particular focus: antisemitic conspiracy theories.

In fact, oddball antisemitic conspiracy theories seem to occupy a predominance of Maholland’s life. Instances of his obsession are easily found across various social media websites.

Fuhrernet: a Place for Neo-Nazis

While Perry Maholland used to be the leader of a fourth-rate heavy metal band called Spirus,  he now spends his days as a web developer, as indicated by his public LinkedIn profile.

One of his current pet projects is a fledgling social network website that caters to neo-Nazis and admirers of Adolf Hitler called Fuhrernet, the logo of which bears a marked similarity to another well-known social network site.

As it is now, Fuhrernet (one of the contributors to its development, by the way, is Jewish neo-Nazi Diana Brancoveanu, aka “Pikachu,” whom we reported on earlier) is a barely functioning echo chamber where neo-Nazis post links to videos and memes consistently of an antisemitic and racist nature.

It does not appear, however, that Fuhrernet is actually catching on very well. Maholland’s own profile page shows that he joined in 2017 and, four years later, only has around sixty friends and followers, a paltry sum considering he is the creator of the site.

Because even Nazis can fall in love, one of Maholland’s Fuhrernet “Friends” is a woman who calls herself “Vera Castiel” and whom we believe to be living in Germany. Vera appears to be his girlfriend and they are in Nazi-love.

We are quite sure there are no surprises in their relationship! Honesty really is the best policy… 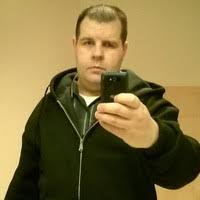 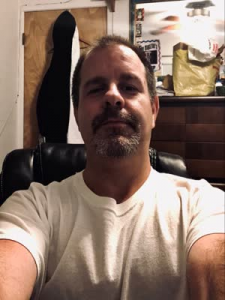 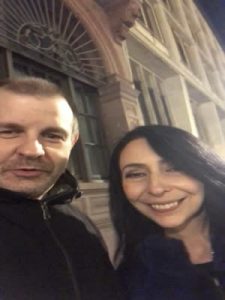 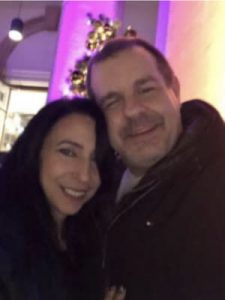