Using variations of the pseudonym “Patrick Bateman,” Jared Vansandt had already been suspended from Twitter multiple times before his recent @Batemanshadow account came to our attention.

How do we know that Jared Glen Vansandt of Neosho, Missouri is the nazi tweeting under multiple variations of the “Bateman” alias? For starters, this galaxy-brain likes to brag about his expensive clothes, watches, cigars, real estate, etc. The photos he tweets often include details like his initials, which he has embroidered on the cuffs of his shirts.

And he tweeted a photo of himself with grifter Missouri political candidate Mark McCloskey, who got his five minutes of fame for using an AR-15 to threaten a group of protesters who were marching past his house. A poster visible in the photo tweeted by @Batemanshadow suggests that his business involves Sharp copiers.[5]

Other tweets revealed a distinctive tile pattern, among other details, on the sidewalk in front of his business premises.

These combined datapoints led us to a company called Ozark Business Systems in Neosho, MO, whose Vice President is one Jared G. Vansandt. Social media posted by Vansandt himself, as well as his family, friends, and business associates, confirm that he is the operator of the Bateman accounts.

Jared Glen Vansandt Is A Racist

How do we know that Jared Glen Vansandt is a racist? The same way we know that @Batemanshadow is Jared Vansandt: because he loves to tell everyone all about it on Twitter. Among many other examples from his now-suspended/deleted accounts, he declared that “if you don’t love snow then you aren’t white – and that ain’t right,”[14] and once told a Black Twitter user they should be “thankful” for slavery.[15, 16, 17] 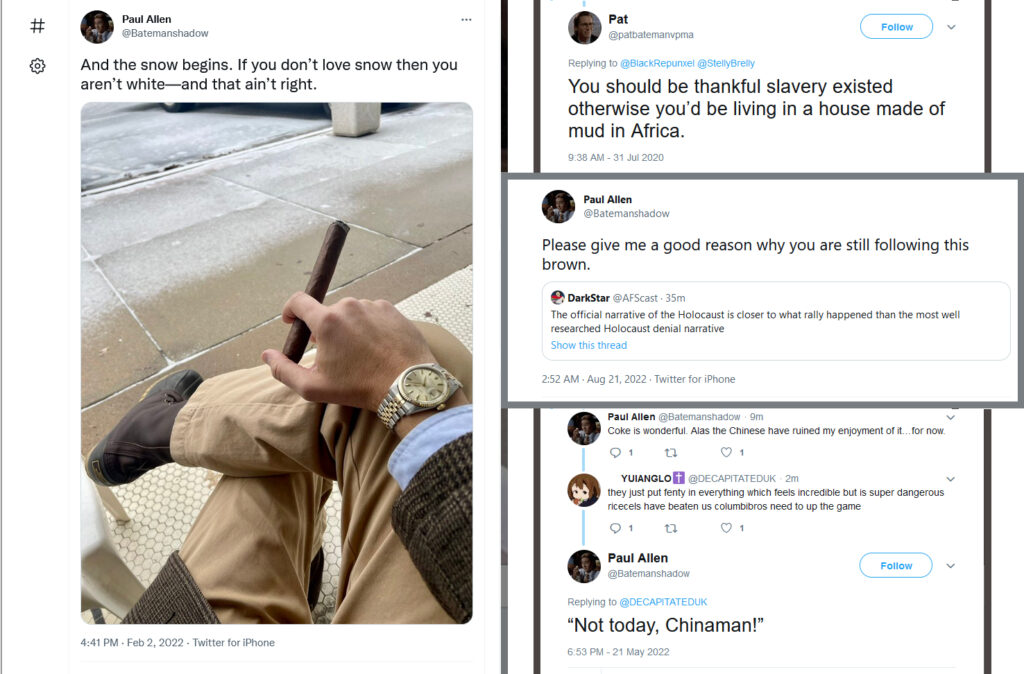 He sees non-white people as his “enemies,” and says he is “actively in favor of the death of as many of [them] as possible.”[18, 19] As for white allies,  he feels there is “no place but the shallow trenches” for such people.[20]

Jared Glen Vansandt Is An Antisemite And Unabashed Hitler Fan

How do we know that Jared Glen Vansandt is antisemitic and a huge fan of Adolf Hitler? 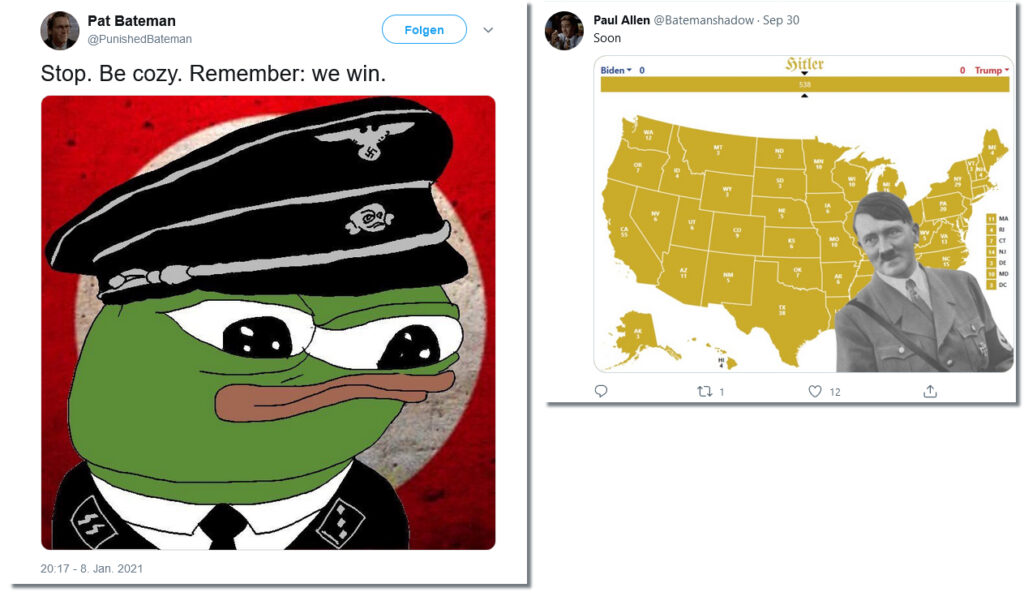 In these tweets, for example, he uses the antisemitic “echoes” meme, where the three sets of parentheses are intended to indicate that the person or thing within the parens is Jewish.[23, 24, 25]

In the exchange below, Vansandt comments that the child in the image looks like the “greedy merchant”, a reference to a popular antisemitic meme more commonly known as the “happy merchant.” Although the caricature most frequently used to represent the meme is believed to have been drawn in the late 1990s, it is based on antisemitic stereotypes propagated by Nazis in the 1930s.

Like the Nazis in Hitler’s Germany, Jared Glen Vansandt claims that Jews are responsible for what he perceives as “degeneracy” in society.[27] 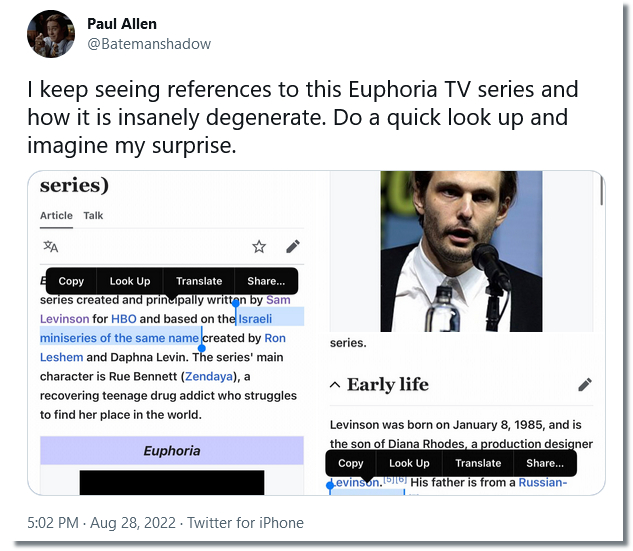 In fact, Vansandt believes that Jews are responsible for just about everything that’s  wrong with the world at large. In his conspiracy-addled mind, the real problem is that most people just don’t realize the Jews are behind it all, and those who know are afraid to say so for fear of being punished. To speak openly about this supposed Jewish plot is known in neo-Nazi circles as “naming the Jew.”

Jared Glen Vansandt, to the surprise of no one who’s seen his Twitter timeline, traffics in Holocaust denial. The photo below shows interior doors at a concentration camp; Vansandt’s apparently innocuous remark that “wooden doors […] are not airtight” implies that the Nazis couldn’t have murdered anyone in those rooms with poison gas because without an airtight seal on the door, the gas concentration the room would have fallen below fatal levels. Arguing with Holocaust deniers over details is at best a waste of time; if they’re not convinced by the enormous body of evidence that already exists, it’s safe to say that no amount of additional evidence would be sufficient either. However, in the interest of accuracy, we will point out that the doors in the photo were installed in 1943, when the building was remodeled for use as a bomb shelter and was no longer being used as an extermination facility.

Similarly, Vansandt’s cryptic remark in the tweet below about “pens that have yet to be developed”[31] refers to the lie often repeated by Holocaust deniers that Anne Frank’s diary was written with a ballpoint pen (it was not), and therefore could not have been written during the second World War, as ballpoint pens had “yet to be developed” at that time. 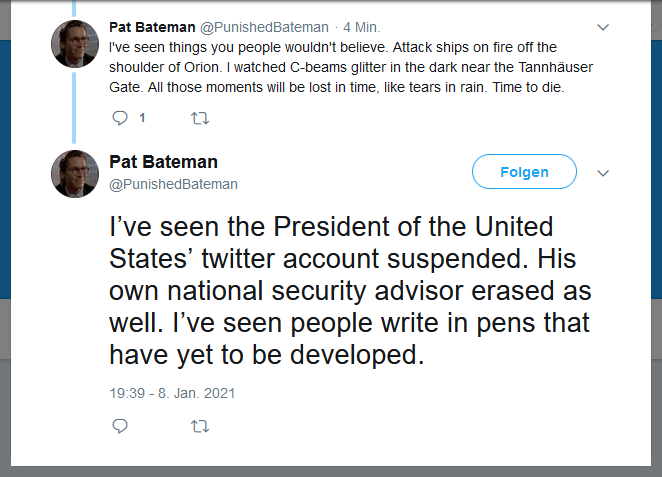 Fun fact: although ballpoints did not become ubiquitous until the late 1940s, the first patent for a ballpoint pen was issued in 1888.

Jared Glen Vansandt Is A Disgusting Misogynist And A Creep

Jared Vansandt claims that he was able to turn his longtime girlfriend/fiancée from a Bernie Sanders fan into a nazi. We have no independent confirmation of this, and considering his warped view of the world, we’re really unable to guess whether this claim has any basis in reality. What we do know is that Jared Glen Vansandt thinks of women not as agentive, autonomous individuals, but rather as children whose behaviour is “socially conditioned”.[32]

He also has some weird double standards when it comes to sex work.[36, 37]

Even more troubling, he believes that women don’t mean it when they say “no”. Women who say “no hookups”? They’re your best bet for a hookup. Women who say they like “nice guys”? Liars. They don’t care if men are crude or even demeaning toward them, as long as the men are “attractive”. Women who say they’re not interested? Ignore that; women want to be pursued. Women who explicitly say they don’t want to have fun? They’re the ones most likely to have fun.[36, 37, 38]

This makes it easy for him to dismiss abuse survivors as liars, too. In fact, as a matter of policy, he is “always skeptical of women who claim abuse”, and “always inclined to give the guy the benefit of the doubt instead of the woman”.[39] Despite voluminous evidence to the contrary, Jared Vansandt thinks that any abuse allegation “typically ends up being a lie by the woman” because “it’s their go-to thing when a relationship turns south.”[40, 41]

To quote Dr. Angelou, “When people show you who they are, believe them the first time.” But if “Patrick Bateman” aka Jared Glen Vansandt has not yet convinced you that he is a racist, a nazi, and a misogynistic creep, there’s even more evidence in our Twitter threads here and here.

A Word About Archives And Evidence

The Anonymous Comrades Collective makes every effort to ensure the information we publish is accurate. Part of that effort is collecting, and providing, evidence to back up our assertions. We know this guy is a racist because he said a bunch of racist things on Twitter. We know he’s antisemitic because he said a bunch of antisemitc things on Twitter … and so on. And we know Jared Vansandt was the one who tweeted all those things because he repeatedly posted identifiable pictures of himself, using the series of Twitter accounts that he’s gotten suspended over the years.

Of course when a Twitter accounts get suspended, any and all content posted on that account disappears from the platform. So no, all those racist tweets and pictures of Jared Vansandt taking a smoke break at his office are no longer available on Twitter. But, dear reader, we are not asking you to take our word for it that these tweets ever existed in the first place. Although the tweets are no longer available on Twitter, many of them are still available at web.archive.org, complete with a record of the date and time the tweet was posted according to Twitter.

Whenever the evidence we use comes from archives of suspended or deleted accounts, we provide a link to the archive that the text and/or screenshot came from, so you can view it yourself and verify that it exists. Obviously a tweet cannot be archived if the account that tweeted it does not exist at the time the archive snapshot is created. In other words it is not possible to — just as an example — create a Twitter account, populate it with someone else’s stolen content, and then backdate it in the web archive so that it would appear to have been posted years ago.

… Just in case anyone was wondering.

Big thanks to Travis Brown for putting together a list of archive links, which you can see on Github.