A while back we exposed the white nationalist comic illustrator “Donald Kent” aka “American Zarathustra” to be Buffalo, New York area artist Donald Jackson. If one white nationalist comic illustrator wasn’t enough, today we have another. This illustrator, who presents himself unapologetically as a Nazi, writes and illustrates racist cartoons on his website and has even published a collection of these cartoons before his title was kicked off of stores like Barnes and Noble. Disturbingly, he also wrote and illustrated a kids’ book under his real name. Although his true identity has been floating around here and there, he hasn’t yet gotten the attention that a neo-Nazi comic illustrator deserves. Let’s change that. We present to you “JinjerZilla.”

“JinjerZilla” first appeared with his racist “political” cartoons around 2017, describing himself as a “Cartoonist – Illustrator – Commentator – Patriot Artist.” He wrote on his website:

I love freedom and western civilization. I draw pictures about how awesome it is, and how much its enemies suck. Please use my artwork in the meme wars. The sole purpose for my work’s existence is to preserve our cultue [sic], our nation and our civilization. If you can use my art to win, do it!

His website at the time featured politically conservative illustrations that could be perceived as “edgy” but it was not long thereafter, however, when JinjerZilla took a more extreme approach and gravitated toward the growing “alt-right” movement, as he expressed in an illustration entitled “Libertarian to Alt-Right Pipeline.”

“JinjerZilla” began posting explicitly racist, antisemitic and anti-LGBTQ+ illustrations on his website. He started calling his work “propaganda for the dissident right.” On the right-wing social media platforms Gab and Poa.st he described himself as “the most censored artist on the dissident right.” A brief look at his portfolio makes clear why, as in the example pictured below which expresses a blatantly racist and antisemitic message.

Another illustration expressed a vulgar anti-trans message in addition to “JinjerZilla”‘s usual staples of racism and antisemitism as it makes light of, and perhaps even encourages, suicide amongst transgender persons.

“JinjerZilla”‘s message is explicitly National-Socialist, as in “Nazi.” In a book “Jinjerzilla” self-published (which was subsequently rejected from major online booksellers) he described himself as such as seen in his book’s description:

A complete compilation of JinjerZilla’s political cartoons from 2017 through 2020. This book documents his evolution- from his early days as a cartoonist with Libertarian proclivities, to his arrival into dissident politics as a passionate and ardent National Socialist.

And while non-white people and LGBTQ+ persons are all targets in his “political cartoons,” he frequently features derogatory caricatures of Jewish people, as in the one picture below in which he implicates Jews in the murder of US President John F. Kennedy, Jr.

One of “Jinjerzilla”‘s most cringe-inducing illustrations is also perhaps one of his most dangerous. In the illustration pictured below, “JinjerZilla” portrays Adolf Hitler saving a young man from committing suicide by gun. While this is a ridiculous and unintentionally ironic premise since we all know that Hitler himself committed suicide, it is also dangerous because it demonstrates one of the strategies white nationalists use to recruit: exploiting young people who are experiencing emotional distress.

While there are plenty more examples of egregious racism, antisemitism and anti-LGBTQ+ artwork to be found in “JinjerZilla”‘s portfolio we feel the examples we have presented are sufficient to represent his oeuvre and do not wish to give his illustrations any more of a platform than is necessary.

The racist social media platform Poa.st lets “JinjerZilla” express himself in more explicit terms, as in the post where he wrote “If you’re not a Nazi, you’re gay.”

Another post is a promotion for fascism with the claim that it is “not gay or Jewish.” Recently, “Jinjerzilla” tried to cash in on the NFT bandwagon, but it soon failed. Apparently, being a Nazi is not a popular as “Jinjerzilla” thinks it is.

A Little Bit of Self-Promotion

But artists often have to get a buzz about them going and do a little bit of self-promotion. This was also true for “Jinjerzilla.” He got on 4chan’s /pol/ forum and started posting. Unfortunately for him, he also posted his real name and email, too!

The illustration he posted on /pol/ was also featured in “Jinjerzilla”‘s portfolio on his old website which is still viewable at the Wayback Machine and pictured below. Of course, publishing his pseudonymous book under his actual name did nothing to hide his true identity either. “Jinjerzilla”‘s true name was plainly displayed in the book’s product description as indexed by Google Books, and pictured below. The name “Joshua” was also consistent with the “Joshua @JinjerZilla” Twitter name he had used in the past before switching to “JinjerZilla @JinjerZilla.” “Joshua” or “JinjerZilla” wasn’t very careful in his early days of Twitter. He even graced us with the presence of his mug in a couple of instances.

We can’t take credit for discovering “Jinjerzilla”‘s true name. We are happy that smart people on Twitter had already figured out who “Jinjerzilla” really is and managed to get his book kicked off of Barnes & Noble. We have to give credit where credit is due! Thank you people of Twitter.

The neo-Nazi comic illustrator who calls himself “Jinjerzilla” is in fact Joshua Thayer LeGoff of Cranston, Rhode Island, born June 6, 1986. According to his LinkedIn, he is a 2014 graduate of the New England Institute of Technology with a B.S. in Computer Software Engineering, even earning a place on the Dean’s list. Before that he was Artistic Co-Director at LearningWorks, Inc., where they “try to help children with poor organizational skills,” and was a freelance artist/writer at Venturous Publishing LLC where he wrote and drew The Adventures of Okii, an “all-ages comic about an overweight janitor who finds himself swept into a word of dinosaurs, samurai and nefarious villains.” He also worked as a graphic designer and illustrator for AAA Southern New England before moving into software development for the company.

After college he worked in various software development positions before ending up as a senior programmer analyst for AIPSO, which is his last known place of employment.

White nationalists and Nazis do all sorts of things to spread their ideology. One of their methods is to invade creative spaces, billing their propaganda under the guise of “art” and citing “freedom of expression.” We at the Anonymous Comrades Collective support freedom of expression and are happy to inform you, dear readers, of exactly who is expressing it! Joshua LeGoff can no longer hide his identity behind a goofy moniker. Although LeGoff’s Jinjerzilla book has been kicked off of many internet book stores, his website is still up spreading “Propaganda for the Dissident Right.” He calls himself “the most censored artist on the dissident right”; let’s make his wish come true!

A big thanks goes out to a special anonymous comrade (you know who you are!) for their contributions to this article! 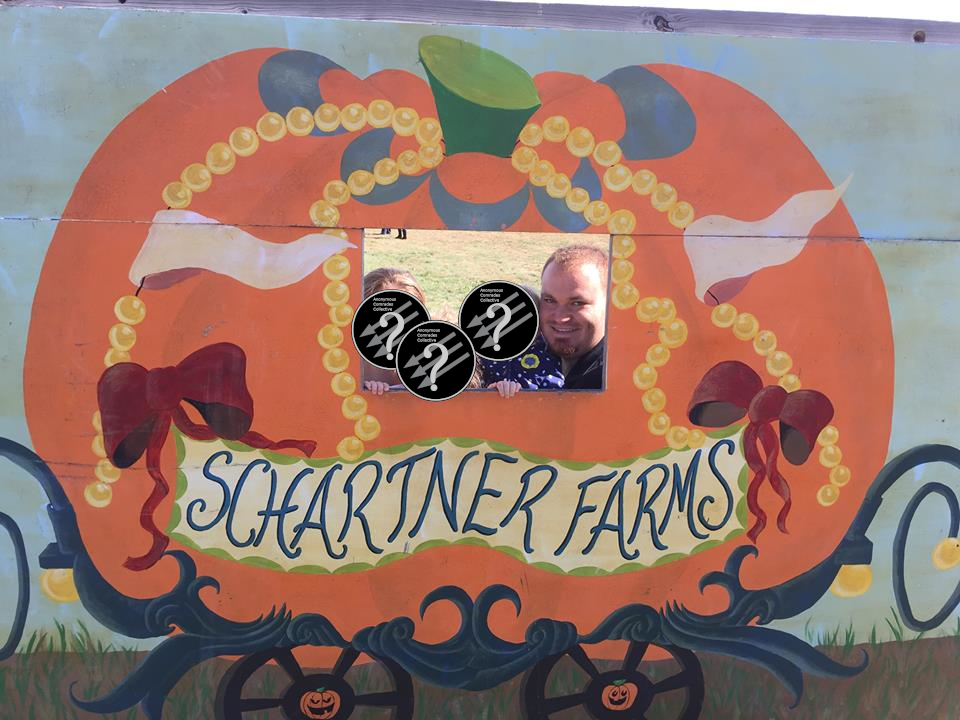