This blog post is an adaption of a Twitter thread by our OG Anonymous Comrade Anonymouscommie (@AnonCommieStan on Twitter) as we show solidarity with our LGBTQ+ comrades during Pride Month by exposing neo-Nazi losers of the social media site Poa.st.

As promised, in honor of Pride Month, the Anonymous Comrades Collective will be exposing random users of Poa.st, claimed to be “the most racist social media site on the planet” by its owner and creator, the Canadian Dan Stevens. Meet the 42-year-old racist podcaster and internet bigot Daniel Joseph Muench, aka “Kash Kustomer.”

Nazi tool Daniel Muench has recently moved from Pasadena, California to Tool, Texas. He might actually live in nearby Kemp, Texas but that would’ve spoiled the joke. He was born in Long Island, raised in Florida and has lived in New Orleans, but spent years in California.

Muench is somewhat of a rarity among online neo-Nazis in that his profile images actually kinda look like him. 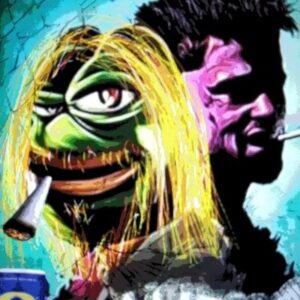 Dan Muench presents himself as a character from The Electric Kool-Aid Acid Test, his online posts and podcast appearances are self aggrandizing braggadocio about his wild psychedelic and occult exploits and all the famous people he has arcane knowledge of. But in reality, Muench is a failed musician who performed with a variety of bands you never heard of, like Mettaya and RadioSmack, before turning his energies to being a full time racist shitposter. 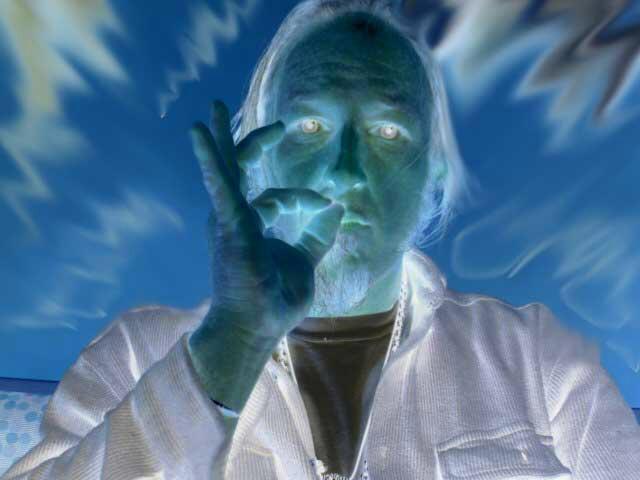 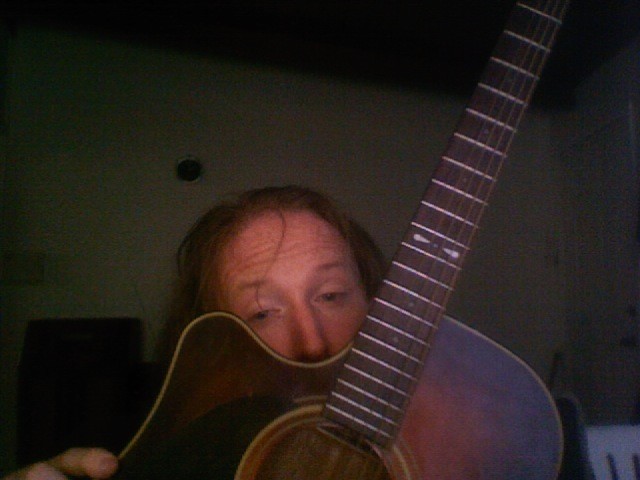 Having apparently given up on real musical success, Dan Muench began recording music aimed strictly at the online Nazi audience. One of his alt-right doom metal bands “Star Skeleton” has a song on Soundcloud which culminates in cringe-worthy shout-outs to Adolf Hitler & various alt-right e-celebs like Andrew Anglin, Azzmador and Mike Enoch. 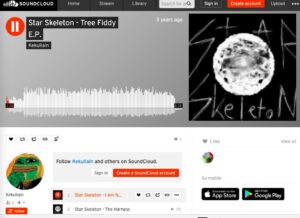 Before his full alt-right makeover Dan Muench was also deeply immersed in the occult and presented himself as an authority on the subject. As far back as 2007 he was making music as “The Bacon Torpedoes” with the aim of “push[ing] the envelope of Free Speech” with songs about Zyklon-B and other dumb shit. His collaborator was Kansas based “Frater X,” aka Joseph Sartin who offers occult instruction classes via YouTube. Dan Muench has been a prolific internet reply guy with 10 paragraph treatises at various music gear blogs, and conspiracy theory sites.

In 2012 Dan Muench started a blog called “Tin Hat Alley” using the pen name “Cid Vicious” and railed against feminism, Jews, BLM, Antifa and Barack Obama. He complained that he was “prone to being labeled a Nazi and shouted down because in 2013 [he] wore a Fedora in a few pictures.” 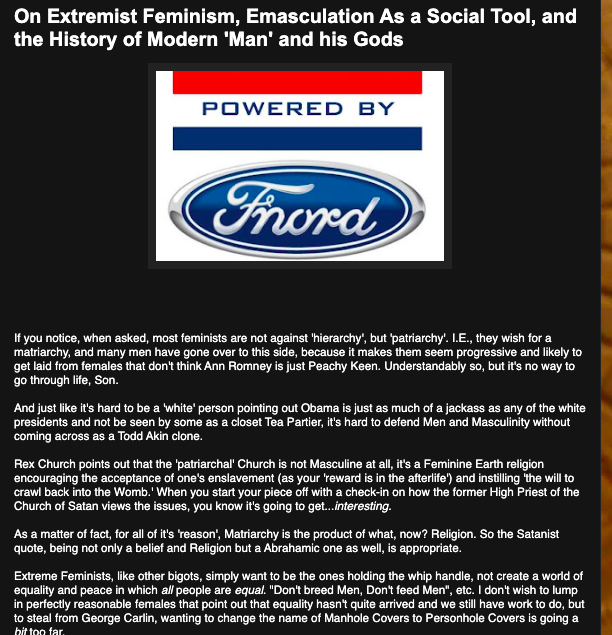 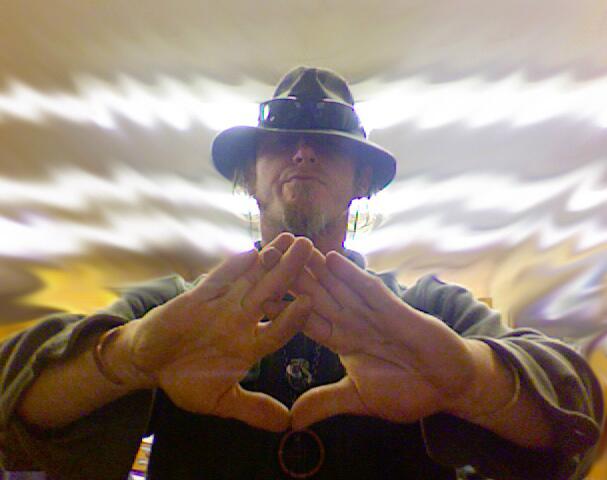 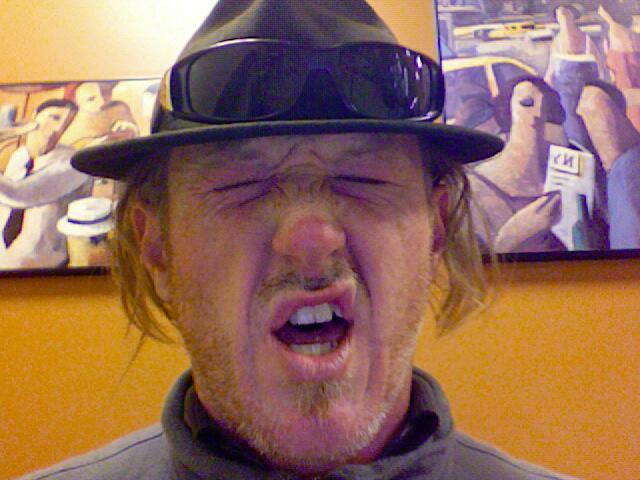 If commercial success is the only measure, most musicians will likely fail. But most do not drown their sorrows in Nazism. As Dan Muench’s music career floundered, his life unraveled into a spiral of conspiracy theories and racism. He spent considerable time living on the streets and out of his car. In his own words, he went “from rockstar to Coinstar.” Increasingly embittered, Muench fully embraced the alt-right and channeled all of his energies towards hate. Now we get dumb Metallica covers like “Enter Honkler” and songs about joining “Mein Fuhrer in Neu Schwabenland.”

As “Fedpost Inc,” Nazi shmuck and musical hack Dan Muench did an antisemitic cover of “Pushin’ Too Hard” by 1960s garage rock legend The Seeds, which Muench titled “Jewin’ Too Hard.” He also revealed bits of juicy personal info, such as: “I’m the only goy doing fashy parodies of famous bands they were actually a member of.”  Here is a sample of his lyrical lameness:

Muench made many references to Sky Saxon, frontman of The Seeds in posts and podcast appearances. He also referenced his “buddy/bandmate” Dave Waller who just so happened to be a member of Sky Saxon’s band at one point. Dave Waller was also listed as a one time member of the previously mentioned band Mettaya, along with Dan Muench who would later refer to his “buddy/bandmate” as “washed up.” At least Dave Waller didn’t get kicked out of the Seeds after two gigs! 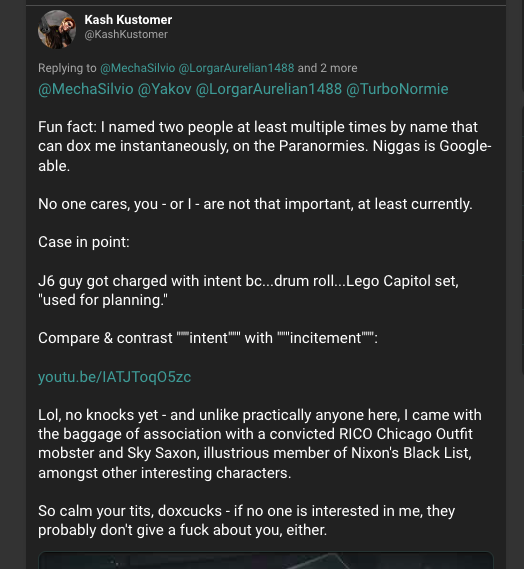 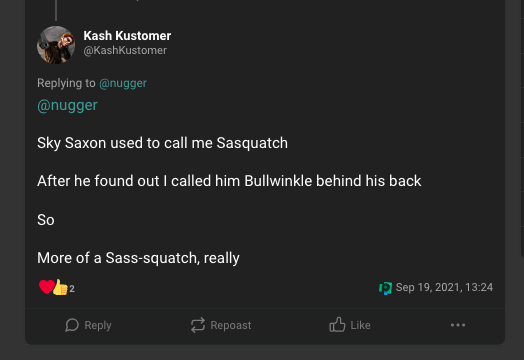 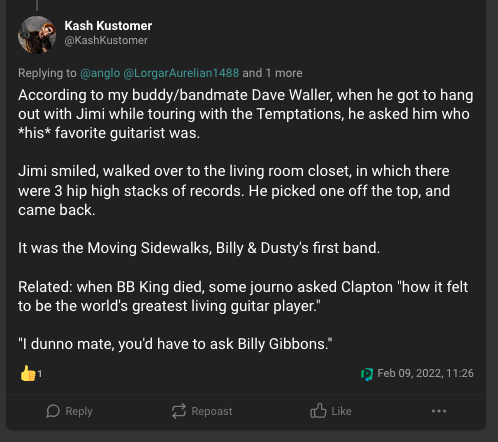 At any rate, Dan Muench is not nearly as interesting as he wants everyone to think he is. He is a racist scumbag who spends all his time being a neo-Nazi keyboard warrior who has been kicked off Twitter many times under many names. No wonder his music career tanked. Muench co-hosted a podcast called “The Poastmen” along with Matthew Marvin Distler, who we revealed to be the neo-Nazi podcaster “Distolero.” Even if nobody listens to his dumb podcast and shitty Nazi doom metal, distributing Nazi propaganda is creepy shit. Muench has also co-hosted other podcasts, including The Paranormies with Nazi no-goodnik John Ramonetta aka “Johnny Monoxide.” 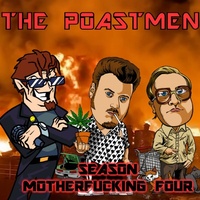 On top of being a crappy musician, Dan Muench is a racist, antisemite, misogynist, and all around low-life who also likes to posture as a tough guy. In one message on Poa.st he claimed he was “in charge of beating up any rando that was fucking with [his] bands on tour” and that he has been “covered from the waist up in literal n_gger blood fighting randos.”

For some reason, Muench found himself blocked by Jesse Daniel Ogden, aka “Borzoi.” One has to wonder what one has to do to get blocked by Borzoi? Not that we would know anything about that.

Daniel Joseph Muench aka “Kash Kustomer” is the worst of the worst. We wish him continued failure in all aspects of his life. We will close with these screencaps and the gentle reminder that loose lips sink Nazi ships. 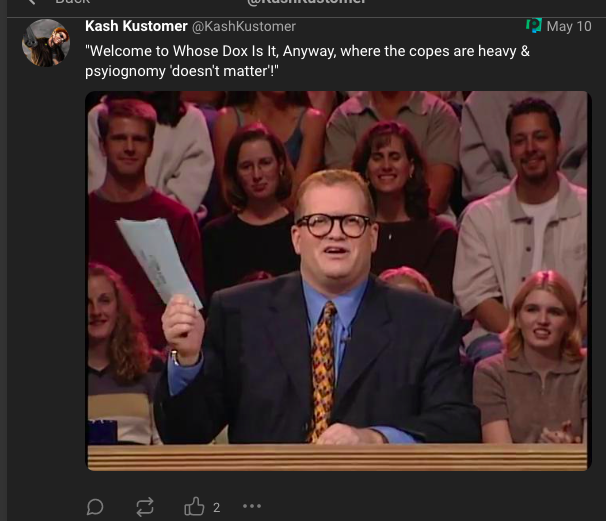 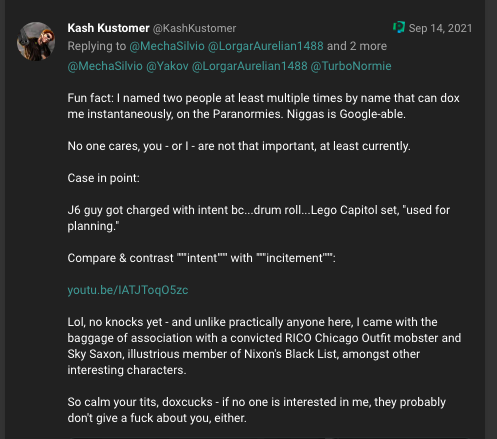 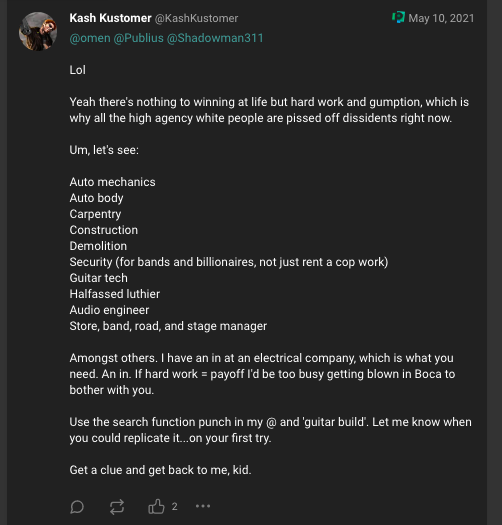 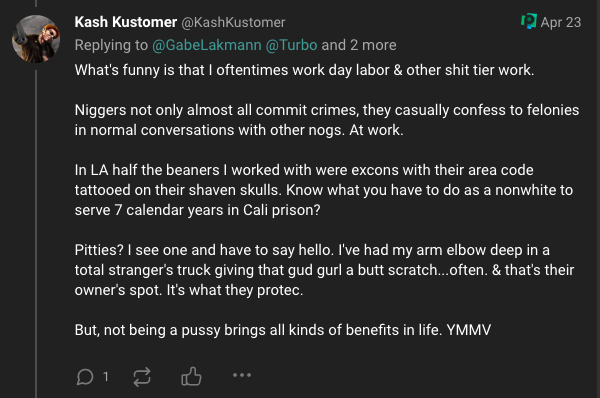 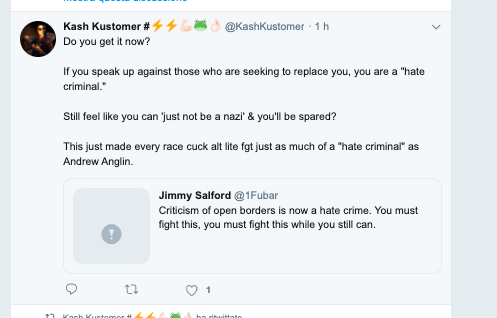